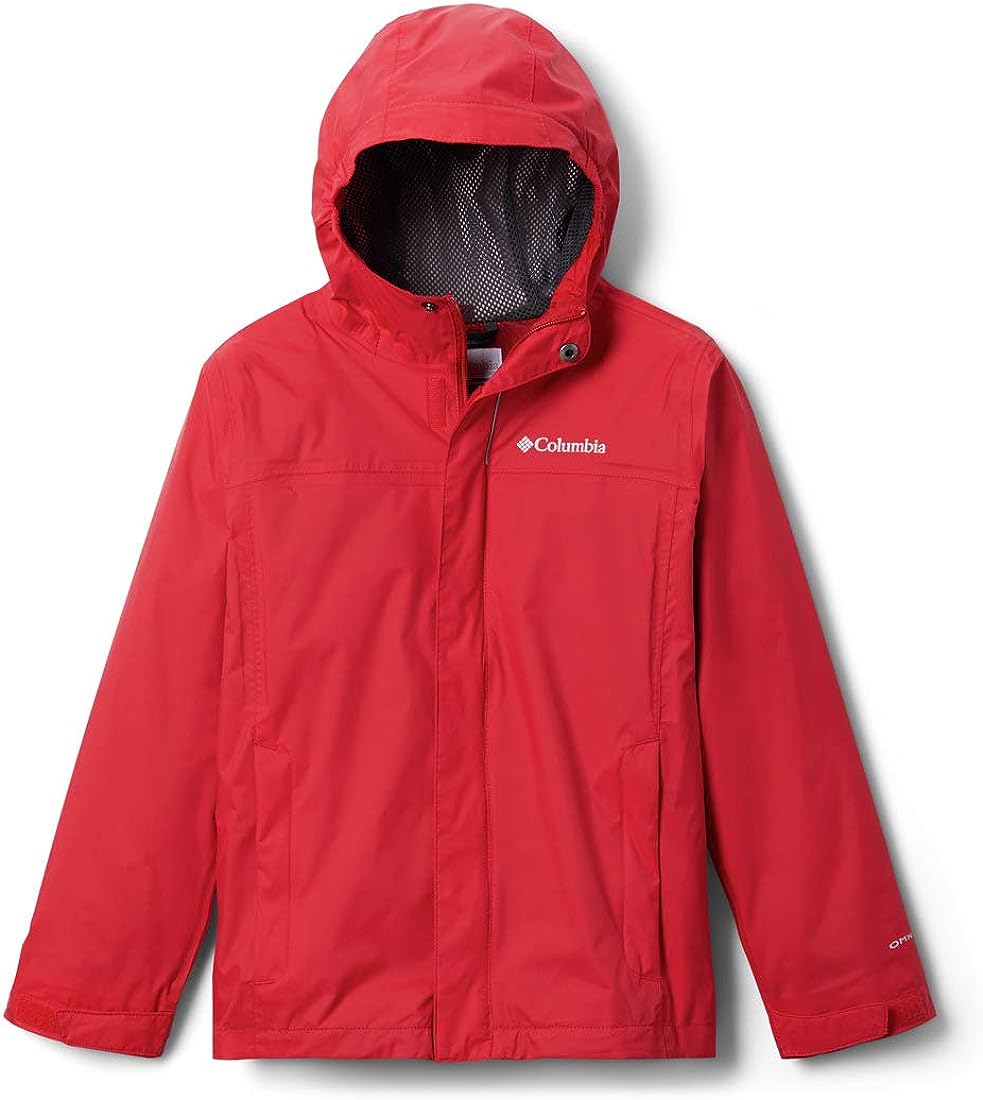 "li" COMFORT amp; WARMTH: Crafted of a waterproof 100% nylon shell, this boys' rain jacket is lightweight while remaining protective. It's the perfect layering piece as well as the perfect first line of defense for rainy play dates.

Columbia's waterproof fabric is some of the best you can find, not only protecting from drizzle and downpour, but also from harmful elements while remaining breathable and stylish. This Columbia youth boys watertight rain jacket is the perfect edition to your adventurer-in-training's wardrobe. Crafted of 100% nylon material, this rain jacket keeps it's promise of waterproof protection. The reflective details are a stylish, but highly-needed, Perk that work to protect your little one with visibility. What's more important than being worry-free and feeling secure while he's out at play? The contrasting front zip and signature Columbia chest logo Add that extra i'm-ready-to-play-but-still-serious element to this versatile staple. The two zippered side pockets give a sense of added security while and the hood acts as an additional aspect of protection. Rainy-day play dates have never been so fun. Columbia's boys' Rain jacket is available in a range of sizes to accommodate the growing boy. The watertight jacket also comes in many exciting colors. To ensure the size you choose for your little one is just right, utilize our sizing chart and the following measurement instructions: for the sleeves, start at the center back of your neck and measure across the shoulder and down to the wrist. If you come up with a partial number, round up to the next even number. For the chest, measure at the fullest part of the chest, under the armpits and over the shoulder blades, keeping the tape measure firm and level.